NOW PLAYING: it’s PHOTO FRIDAY #749!
“If you go home with somebody and they don't have books, don't fuck them.”
~ John Waters ~
Top

I had to go to the storage locker to get something for one of our sons. I dug out another folder of old photos while I was there. I scanned a few of them.
In May of 1969, mainly because I had access to a car, I was asked to pick up Ginsberg and Peter Orlovsky at the airport. Ginsberg was in town to do two events at OSU. I ended up playing driver and tour guide for them for the next five days. The many interesting things that happened make a very long story. grainy tri-x 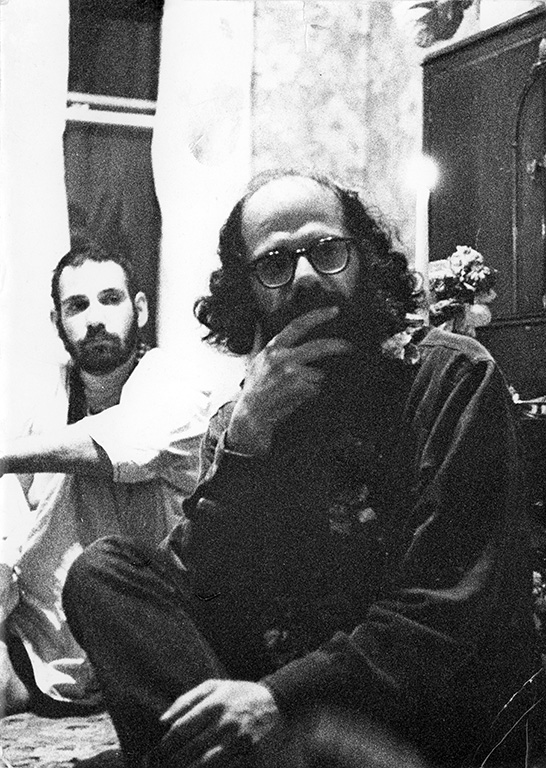 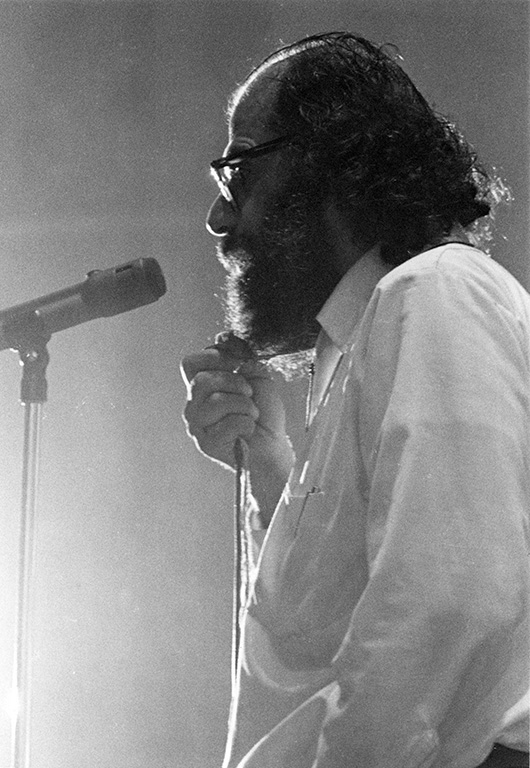 dazed wrote: ↑Fri Oct 02, 2020 7:33 am I ended up playing driver and tour guide for them for the next five days. The many interesting things that happened make a very long story.

WOW.
“If you go home with somebody and they don't have books, don't fuck them.”
~ John Waters ~
Top

This is less than half the story.
In 1969, near the end of my second year in school, I was working for a civil engineering company that had its own photo lab and print shop. I made photographic prints, blueprints, photo mosaics of aerial photographs and various other things.

One of the people in the xerox room knew I had a car and one day he asked a favor of me.
He was a friend of some guy in the English dept on campus.
Someone was needed to meet Allen Ginsberg and Peter Orlovsky at the air port.
Two events were planned on campus for Ginsberg.

I did already own four of the City Lights collections of Ginsberg's poems. There had been a small, hole in the wall news stand downtown. They had an aisle inside where things like the San Francisco Oracle, these dream books http://www.luckymojo.com/mojocatbooks.html#dreambooks , and paperback sleaze novels could be found. This is where I had purchased my Ginsberg books.

The university had provided a place for Ginsberg to stay and planned for him to meet with faculty members. Ginsberg was not interested in this. While the university was trying to locate him, Ginsberg was staying off campus in a large, old house. I ended up sleeping on the floor there for the next few days. I was being treated as an insider and a friend. I did not want to start snapping photos of everything. I ended up only snapping a few photos.

At the time Ginsberg was working on setting William Blake's songs of innocence and experience to music. He sang and played a small, red harmonium. He recorded these about seven months later. I don't think that my favorite, tiger tiger burning bright in the forests of the night, made it onto the recording. Peter Orlovsky seemed spaced out and was just sort of there saying nearly nothing. I read a couple years later a Ginsberg interview in The New Yorker or somewhere and he said that his place on E 10th in Manhattan had been broken into and the harmonium had been stolen.


Ginsberg decided it would be prudent to check in with the people at the university who had been trying to find him. One morning I drove him and Peter over to the university. The three of us sitting across the front bench seat of my car. Ginsberg in the middle. Orlovsky carried a rag in his pocket and would compulsively dust things. He was dusting the dashboard of my car and even reaching over between the spokes of the wheel to dust as I was driving. I don't remember him speaking to me once.

Ginsberg wanted to see some of the campus and get a feel for where they were. I parked and we began walking. It was a sunny, spring day. Ginsberg was just about as iconic of a figure that I could think of at that time yet I don't remember anyone seeming to recognize him. No one approached us to talk. I said "this is the main drag next to the campus." Ginsberg asked "this is where the coffee shops and head shops are?" I told him "this is where the bars are." At the time there was 3.2 beer. 18 year olds could drink. There were dozens of bars where students could drink pitchers of beer, listen to live bands and dance. Those places are gone now mostly replaced by fast food outlets and chain stores. There are no longer places for students to dance.

We walked for several blocks and came to a large bulletin board outside of a student book store. I had actually printed the posters for the Ginsberg stuff. There was one on this huge bulletin board. Two very ROTC looking students were leaning forward examining the poster. Ginsberg stood and watched them and finally got up along side of one of them and leaned forward too. After a half minute or so Ginsberg said "Allen Ginsberg???? Who the fuck is that????" The students straightened up, stared at him and walked away. Ginsberg seemed very pleased with himself.

Ginsberg said that he wanted incense for the events and I took them into a shop that sold posters, incense, Indian bedspreads, paraphernalia, etc etc. He asked the clerk for a donation of incense. The clerk did not comply. I think Ginsberg felt he was in the middle of a cultural wasteland. After this he ran his errand and we returned to the house.

That evening I ran over in my car to pick up the English dept guy on campus. Ginsberg and Orlovsky both came along. Ginsberg again in the middle. We sat in the car outside waiting and it was that time that I had my only real conversation with Ginsberg.

The next night was the first event. It was a large auditorium. Hundreds were outside unable to get in. I was squeezed on the floor next to Ginsberg. He didn't want to lose me in the crowd and lose his ride back to the house. He read some poetry and then started this singing and chanting. People were crazy for it and danced for over a half hour. The local NBC affiliate was there. Someone told me later that the next morning it was shown on The Today Show. Apparently I could be seen.

Finally, we worked our way outside and saw how many people were there. We slipped away, crossed a street and got back into my car. People spilling out of the auditorium were up and down the street. The air was electric. We were jammed into my car. Ginsberg in the seat behind me in the middle. He was feeling good and began chanting AUMMMMMM very loudly.

A couple nights after that Ginsberg was to speak and give a poetry reading in the student union. We arrived and the place was packed. Hundreds of students. Half couldn't get inside. The posters had apparently worked. About a half dozen of us had come over in my car. The stage was small and we sat at Ginsberg's feet in order to stay together. People who had come to hear him speak covered the stage. The place was jammed. Ginsberg did his thing. He chanted. He even read Howl. After a couple of hours we went back to the house.

Thats all I've got the energy for now.
Top

After dazed... catches his breath and finish’s the story, lock the thread...
I'll look at it. Smoked a joint. Can't right now
-Matt
Top

PS: What city was this?
Top

Every normal man must be tempted at times to spit upon his hands,
hoist the black flag, and begin slitting throats."
-- H.L. Mencken
Top

What an adorable little pooch!
“If you go home with somebody and they don't have books, don't fuck them.”
~ John Waters ~
Top

"Jimbo, your garage band is up next, as soon as the Rolling Stones are done."
I'm abrasive.